Places, authors’ birthplaces, poems or novels that invite you to a journey through these lands through the thread of literature.

Curros Enriquez’ birthplace, which houses the foundation that bears his name. It is open to the public and has a permanent exhibition and spaces.

It has references from several local authors including Celso Emilio Ferreiro and Xosé Luis Méndez Ferrín.

The facilities are completed with several spaces for activities, a room for temporary exhibitions and a library with a reading room

A place of reference in Celanova in memory of the author of the famous poem “Longa noite de pedra”.

Poems in the street

At specific times of the year, itineraries are created to show the literary flow that passes through the historical atmosphere of the streets of Celanova, decorated with panels with a selection of texts by Celanova figures: Curros Enríquez, Castor Elices, Castor Méndez Brandón, Celso Emilio Ferreiro, Pepe Velo or Xosé Luís Méndez Ferrín.

Places referenced in Méndez Ferrín’s work that make up a universe that can become a route and guide the visitor through the texts of his great work “Arraianos”.

The filming of the television series has brought the novel “El desorden que dejas” (The disorder you leave), by the writer from Carlos Montero, into the limelight, a work that can be used to shape a literary route. 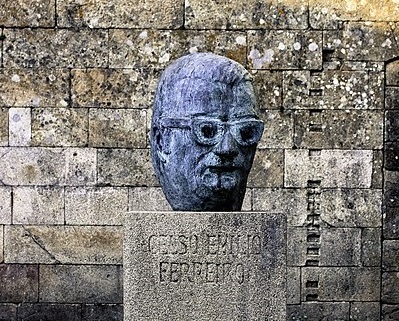